Her full name was Exa Annie Derrell Pettyjohn Seagraves, but we just called her Anne or Annie D or Mother or Grandmother. She talked loud and quite a lot in a thick mountain accent from her native Dalton, Georgia, where she grew up with six brothers and sisters before moving to Athens, Georgia and eventually living in the big house on the corner of Boulevard and Chase.

Other than her husband, Nelson “Petie” Seagraves, her obsessions were her children, William “Billy,” Mary Ethelyn, and Phillip; and her seven grandchildren, Suzanne, Sandy, Lori, Kevin, Travis and twins Jenny and Greg. She also was crazy about fishing, once catching a giant shell-cracker which she had mounted and hung proudly over the doorway to her kitchen.

Though she sometimes complained about all the work, Anne loved cooking in that kitchen in the house on Georgia Drive, within earshot of the University of Georgia’s Sanford Stadium. Georgia Drive, which was originally called Georgia Depot Street, was in the oldest part of Athens, in an area where Athens began. Back in Anne’s days there, it was a tight-knit Eastside neighborhood.

Lucky for us, before Anne gradually lost her memory to Alzheimer’s, she write down some of her favorite recipes, copied them and put them in binders for her children and grandchildren. This book, Cooking Southern With Annie D, includes those cherished recipes, along with others found tucked into her favorite cookbooks and a few shared by family members and friends.

A Sampling of What's Inside, in Addition to Recipes

Quite often, during the summers of the early 1900s and on up until the late ’40s, the Seagraves family would gather . . . for a barbecue, near a spring on Fid’s farm off Peter Street in Athens, Georgia, a little ways from the Seagraves’ home place.

“We always had a great time,” remembers Mrs. J. W. Kemp. “We called it Seagraves Springs. It first belonged to my grandfather, Hardy Seagraves and his twin brother Andy, who moved to Athens from their native Madison County.” 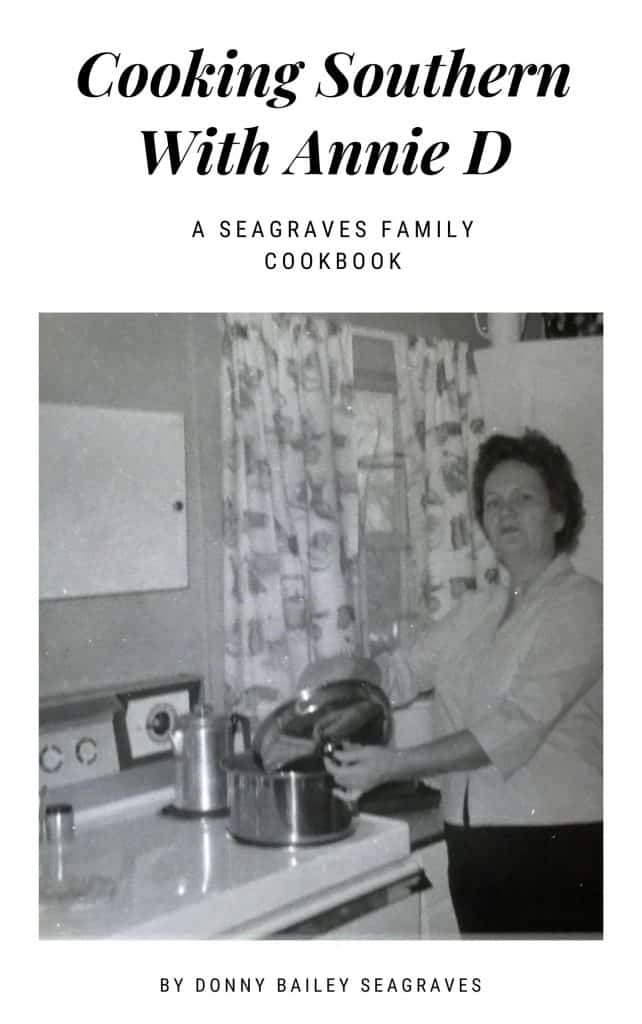