One of the most frequent questions I get asked as an author of children’s books is, “Why do you write for kids?”

My usual answer is, “Because young readers are the most important readers in the world.”

I became an avid reader around the age of eight. Each summer, my mom took me to the Athens Georgia Regional Library, where I signed up for the summer book club. I still remember my favorite book club summer when I read 50 books and got an award. The theme that year was Johnny Appleseed. Our big end-of-the-summer party was held at the Palace Theater in downtown Athens, one of the few air conditioned places of my childhood.

Tips for Young Readers and Writers: Visit your local library and sign up for the summer book club. Read as many books as you can. You might win a prize and you'll certainly improve your grades when you go back to school at the end of the summer. If it's not summer when you read this tip, go to the library anyway. Browse the shelves of the children's department and ask the librarian for book recommendations. Every day of the year should be a reading day for you. Reading does not have a season!

My favorite book from childhood was The Wonderful Wizard of Oz. If you haven’t read this book yet, (watching the movie is a good thing to do, but it’s not a substitute for reading the book) I highly recommend that you read it. You can find it at your local library or online at websites including Amazon.com.

Way back when I was in sixth grade, I attended Oconee Street Elementary School in downtown Athens. My teacher there was Mrs. Martin, a stern white-haired woman. About half-way through the school year, my family moved to a new brick ranch house we had built near Winterville, Georgia, and I got to transfer to a different school.

Since the location of our new home was about halfway between Gaines School in nearby Athens, where my mother had gone to school, and Winterville Elementary School, school district officials allowed me to choose which school I’d attend for the remainder of the school year.

I visited both schools and thought a lot about where I would like to go. Finally, I selected Winterville Elementary and that made a big difference in my life. Winterville back then was a typical small town where everyone knew everyone else and life was slow and less stressful. I learned to love the place and many years later when I sat down to write the manuscript that would become Gone From These Woods, I used Winterville as the model for the small town of Newtonville, where the Sartain family live.

After I grew up, my husband and I bought our first house in Winterville and we lived in the area, finally moving into the city limits in 1992. With the advent of Facebook, I became friends with my Winterville Elementary sixth grade teacher, Mrs. Denard, as well as many of my classmates.

Luke Kitson: The Boy on the Cover

The boy on the cover of Gone From These Woods was Luke Kitson. Luke, who lived in Canada, posed for the dust jacket art when he was 11, same age as Daniel Sartain, the main character in my book.  Sadly, Luke passed away unexpectedly on Mother’s Day, 2017, at the age of 19.

How Luke Became the Cover Model for Gone From These Woods

One day, as we worked together on editing GFTW, my editor, Michelle Poploff, emailed  and asked for my thoughts on the cover art. I told her I envisioned the main character, 11-year-old Daniel Sartain, standing in front of the woods. I suggested the lake in the book be visible in the distance and maybe a rabbit and birds. We both agreed that no gun should be visible on the cover.

A few weeks later, Michelle sent me the GFTW cover art as an email attachment. I was immediately captivated by the boy. He actually favored my nephew, Joe Sanger, who was one of my models for the creation of the character, Daniel.

At first, as I looked at the artwork, I thought the boy’s hair style might be wrong — maybe too contemporary (my book is set in 1992). But when I looked back at some of my own son’s photos from that time, I decided the hair was okay.

I also wondered about the jean jacket, since I didn’t “dress” my character in a jean jacket in the book. But when I again looked back at my son’s photos, I had to admit that Daniel could have been dressed that way.

I was a little disappointed when I didn’t see a rabbit on the cover or the lake and birds. Then my daughter told me to look closer. If you stare into the trees and sky area, you begin to see subtle things there that are in the book. I’ll leave it to you to figure out what those things are.

The “real” boy, Luke Kitson, and the cover artist, Blake Morrow, also a Canadian, did a fantastic job of bringing my main Gone From These Woods character, Daniel Sartain, to life by packing the whole essence of the book into this one wonderful illustration.

How I Became a Kid Writer

Read About My Uncle Terry, the Inspiration for Uncle Clay

My late uncle, Terry Joe Bailey, was the inspiration for my character Uncle Clay in Gone From These Woods. 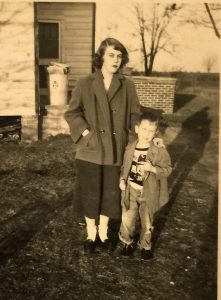 When I was a child, growing up in Athens, Georgia, Uncle Terry  was like my older brother. For the first year of my life, I lived with Terry, my maternal grandparents, Sim and Myrtle Bailey, and my mom, Faye Coile Bailey, while my dad, H. D. Bailey, served in the army as a military policeman in Japan during the Korean War. Like Uncle Clay in my debut children’s middle grade novel, Gone From These Woods, Terry was an important person in my life from the very beginning. 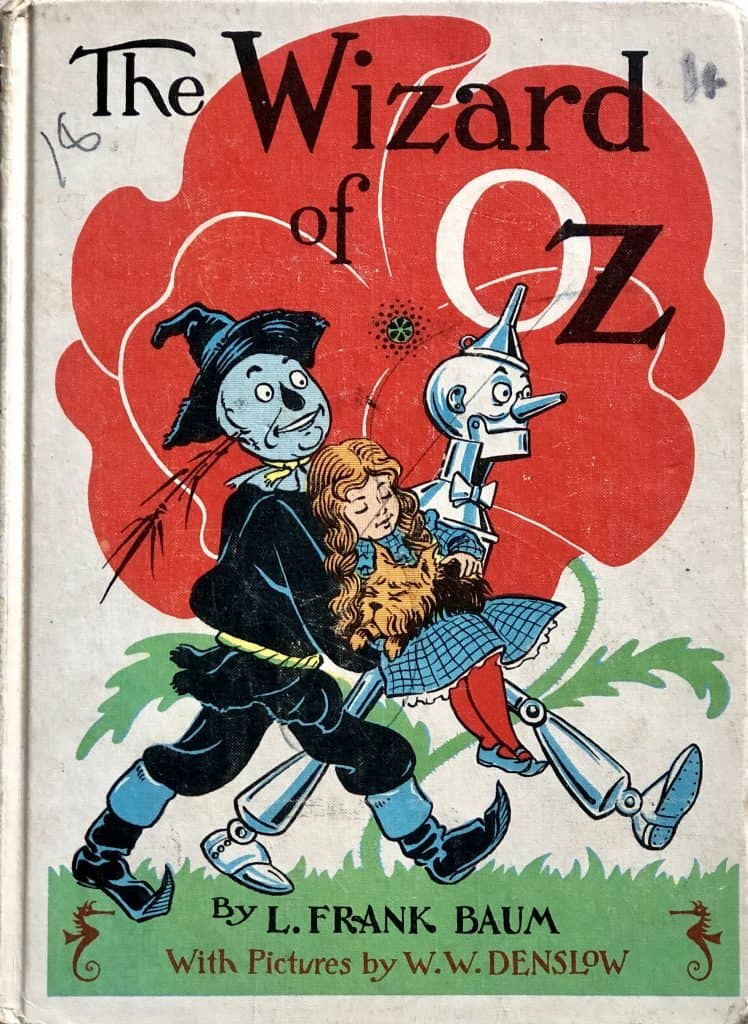 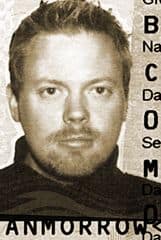 Blake Morrow, the Canadian cover artist hired by Random House to create the cover for Gone From These Woods, has done many other book covers and illustrations for comics, including The Walking Dead.

Blake Morrow, the Canadian cover artist hired by Random House to create the cover for Gone From These Woods, has done many other book covers, illustrations for comics, including The Walking Dead, and photography. 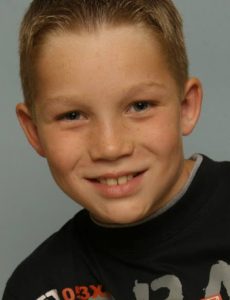 After the publication of Gone From These Woods, I emailed Luke Kitson and asked him to tell readers what it was like to pose for a book cover and what reactions he has gotten since the book came out August 25, 2009.

He replied, “It is really cool to see people’s reactions when I show them the book and they realize it’s me on the cover. It’s so neat to be a part of this. I moved to Barrie, Ontario at the end of August, which meant starting a new school. I am in Grade 7 and attend Hewitt’s Creek Elementary School. I took the book to school to show my new friends and teachers. They were all freaked out and thought it was really neat!

“My old school is in Midland, Ontario and is called Bayview Public School. My friends and teachers from this school are also really excited about this book!

“My Mom and I have worked together and came up with this information about what it felt like for me to pose as Daniel.

“It was a privilege and an honor to pose as Daniel on the front cover. I love to read and really enjoy novels. When the photos were taken, I knew that the book was about a boy who went hunting in the woods and had an accident and as a result of the accident, was going through a rough time in his life.

“When I posed, I wanted the readers to capture Daniel’s character and feel his emotion. I tried to put myself in his shoes, as best I could. By looking off to the side and into the distance, I felt that the scene created an image of Daniel in thought.

“I want to thank you for including me and allowing me to be a part of this incredible journey.”–Luke Kitson