Getting a book published by a major publishing company is an accomplishment that most authors dream of their entire lives. Many never are able to see that dream become a reality, however.

Donny Bailey Seagraves is a local resident who is one of the lucky few to achieve such a goal. She lives in Winterville, and Random House published her children’s middle grade novel, Gone From These Woods, in 2011. Seagraves is a native of Athens, and she and her husband Phillip are parents to grown twins, Jenny and Greg. She studied journalism at the University of Georgia and has been a freelance writer for many years.

She began writing when she was just eight years old. Her writing, both fiction and nonfiction, has appeared in many regional and national publications including the Chicago Tribune and Athens Magazine, where she was a frequent contributor and bookshelf columnist and reviewer for several years.

She wrote nine children’s middle grade novels (actually, three of these books were for adults and one was nonfiction) that are not yet published before writing Gone From These Woods. Her other works include magazine articles, newspaper columns, poems, and short stories, many of which have been published.

Gone From These Woods is set in Northeast Georgia in a fictional small town called Newtonville that Seagraves says is very much like Winterville. It is the coming-of-age- story of an 11-year-old boy named Daniel Sartain who goes hunting and ends up accidentally shooting his beloved uncle.

With the help of his school guidance counselor and others, he learns to deal with  his guilt and survive. Seagraves said the novel was inspired by a real life event that happened in the family of her second grade teacher many years ago in Athens.

However, she stressed that Gone From These Woods is not a retelling of that event. “The spark of the idea for the book came from that event, because it really touched me when I was young, and I never forgot about it, but my characters, plot, and setting are all fictional,” she said.

Gone From These Woods by Donny Bailey Seagraves

In 2009, Delacorte Press, an imprint of Random House published Gone From These Woods (as a hardback). The book is a children’s middle grade novel for ages 9-12.

Then, in 2011, Random House Children’s Books published the Yearling paperback edition of the novel. It is also available as an e-book, including for Kindle and Nook.

“It was quite a thrill for me, as you can imagine, to get the book published. It did very well and got quite a few good reviews when it was first published,” Seagraves said.

For many years, Seagraves has owned and operated Junebug Books, which is her online used and collectible book business. She said she has been selling items online since 1998 and considers that her “day job” that allows her the flexibility and funding to write and do other things.

In addition to working on another novel, Seagraves is also currently working with Mary Quinn and Emma Foley on a book about Winterville history. She said they have compiled a lot of old photographs and historical information, and they believe it will be a very interesting read for Winterville residents and others in the area.

Along with writer, Seagraves has presented at writers’ conferences;  spoken and/or conducted writing workshops at book festivals, trade shows, and many schools in the area. Her school visits can be done either in person or virtually via Skype.

For more information on Seagraves and her various projects, visit her website at www.donnyseagraves.com. 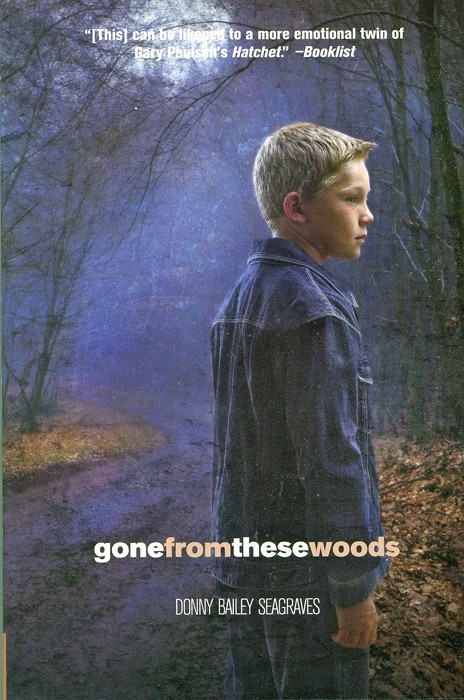