Josh caught the woolly worm as it crawled up the playground fence. He wasn’t a big-time bug fan. But this prickly creature looked useful, he thought, heading toward a group of girls by the slide.

On his way to wreak havoc, Josh almost stumbled over the new girl, Tiffany Ash. She was sitting on the grass, studying. He watched her mouth move as she chewed spelling words with pure enjoyment, as if they were gum.

Tiffany had transferred to Hartfield Elementary’s fifth grade in October from a school across town. Josh knew she’d made it all the way to fourth place in last year’s national competition. He’d heard about the Spelling Bee Queen. Everyone called her Tiffany Cool because of her calm way of spelling words.

Tiffany Cool. Josh glanced at the woolly worm, then back at the girl. So what. Mom had taught him how to spell the longest word in the dictionary when he was six: pneumonoultramicroscopicsilicovolcanokoniosis. . .

If you’d like to be notified when this children’s middle grade novel is available for download, please send us a message. 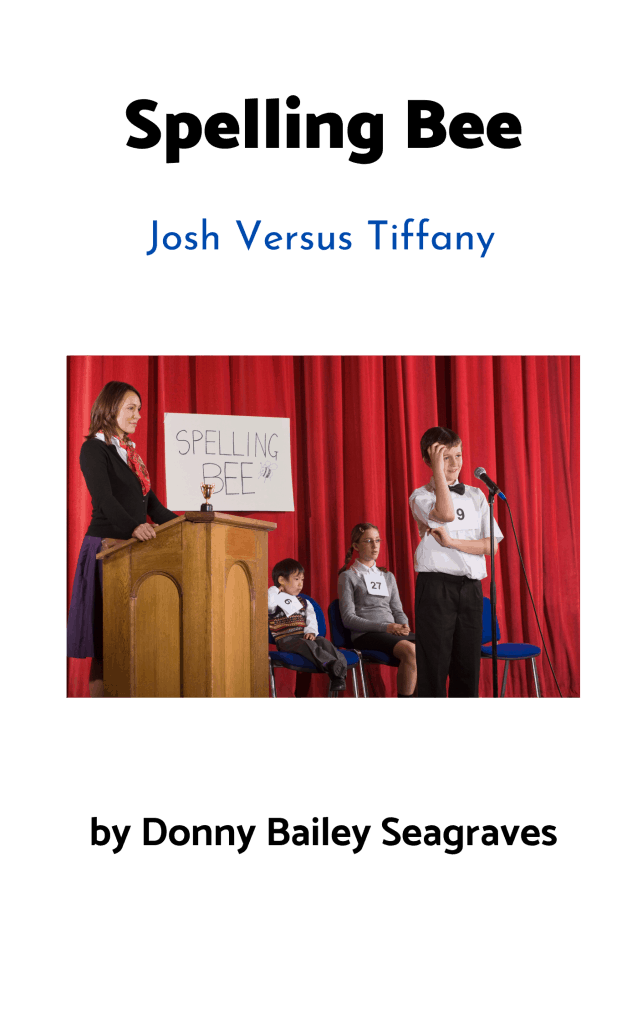