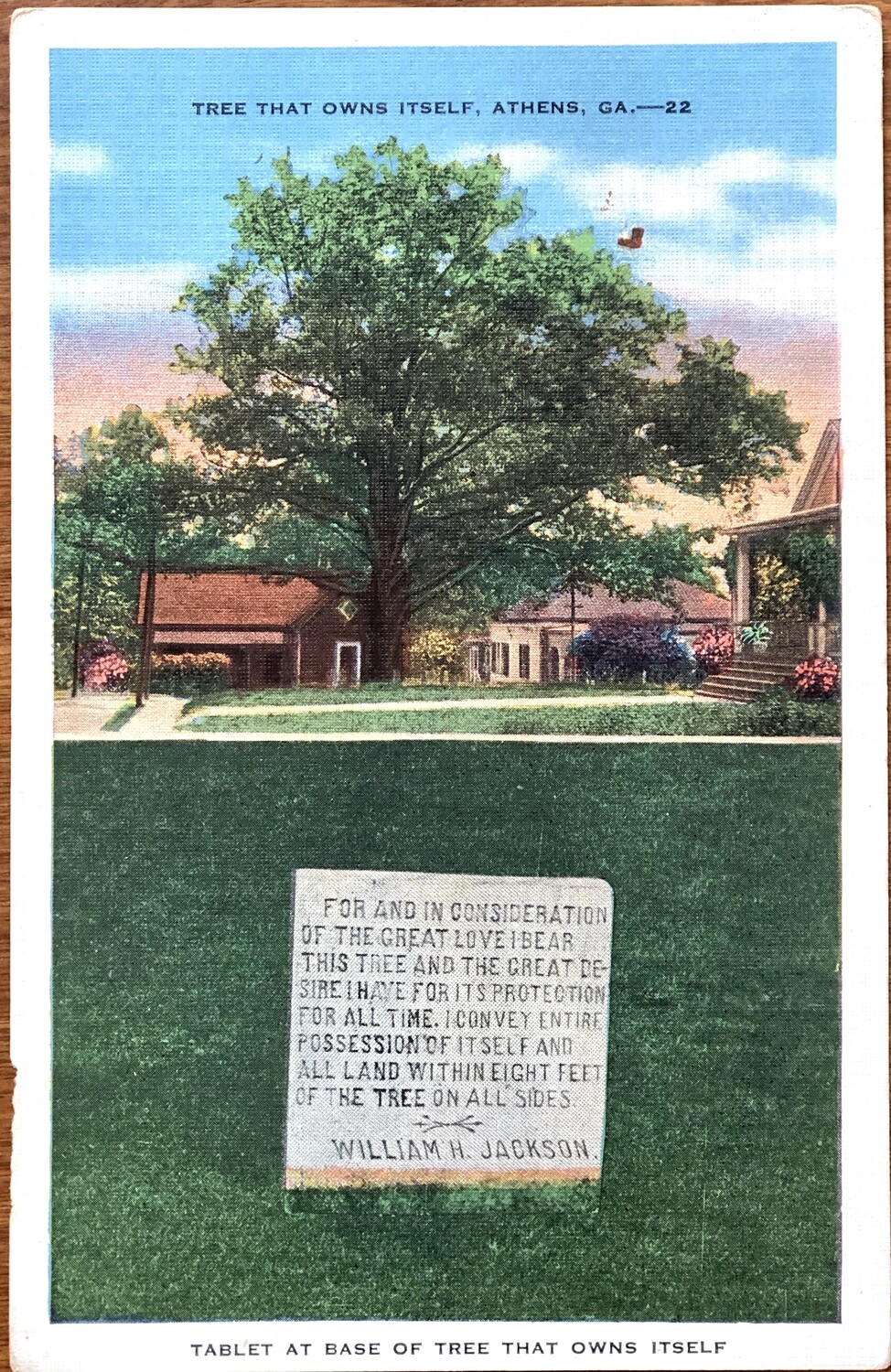 Vintage linen postcard that shows the famous Athens, Georgia Tree That Owns Itself in a split view with the tablet that is at the base of the tree. 5.5"x3.5".

Text on the tablet: For and in consideration of the great love I bear this tree and the great desire I have for its protection for all time, I convey entire possession of itself and all land within eight feet of the tree on all sides. William H. Jackson.

Blurb on the back: There is a tree in Athens that is an owner of land. In the early part of the 19th century, the soil on which this famous tree stands was owned by Col. William H. Jackson, who took great delight in watching it grow. In his old age the tree had reached magnificent proportions, and the thought of its being destroyed by those who should come after him was so repugnant that he recorded a deed giving to the tree in fee simple the soil upon which it stands and within eight feet of it on all sides.

This giant oak, possessor of itself, is now thought to be dying. If this fear proves true, the mooted question is, who will become the owner of the lot on which the tree stands and to which it holds a legal title? There are no little sprigs around the foot of the tree to grow into full-sized oaks, so it is certain that the heir cannot be a tree. (Note: The Tree That Owns Itself still exists in Athens, Georgia and it is a descendant of the original tree.)

Please view the photos in this listing and read the description to assess the condition of this item. If you still have questions, please contact me using the Facebook Messenger link or by email: junebug@junebugbooksandcollectibles.com.

About Junebug Books and Collectibles

Junebug Books and Collectibles was founded in 1998 by Donny Seagraves. We’ve been selling used and rare books, vintage postcards, and collectibles including typewriters, radios, audio equipment and mid-century modern online on sites including eBay and Amazon for 22 years. We also sell on Facebook and Instagram and at Junk in the Trunk, 590 Olympic Drive, Athens GA 30601 in booth J-14.

Save this product for later