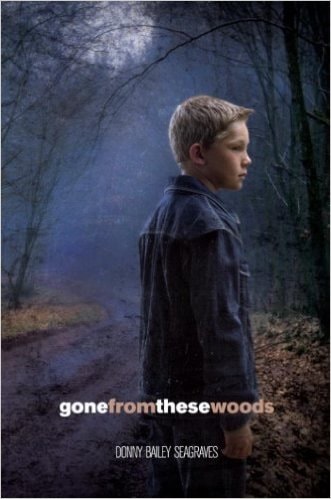 Although Gone From These Woods is Winterville resident Donny Bailey Seagraves’ first published novel, she’s quick to point out it’s not the first book she’s written.

“Actually, this is my 10th novel,” says Seagraves, an Athens native, of Gone From These Woods, which will be released in August. “This is just my first one to be published. Finally getting published seems to be a good lesson in not giving up. I guess some of those early novels were practice and they’ll never see the light of day.”

A well-known newspaper and magazine writer in Northeast Georgia, Seagraves will read selections from her novel on Saturday at the Winterville Library’s Author’s Day. She’ll be joined by authors Dac Crossley (Guns Across the Rio), Jim Murdock (The Blakenship Curse About Rube Winters), Athens resident Genie Bernstein, and Paige Cummings (Under the Liberty Oak).

Seagraves admits to a certain degree of good fortune when it came to seeing Gone From These Woods reach print. She attended a writer’s conference in early 2007 in Atlanta and submitted the first page of her manuscript in progress to a “first-pages session” moderated and with attendees’ first pages read by book editors.

“This was one of the only ways I could reach an editor without an agent,” she says. “There was a small window of opportunity. After they read three or four first pages, they got to mine. One editor read my first page out loud and another editor, Michelle Poploff, VP and Editorial Director of Random House, commented on it in a favorable way, so I thought she might be interested in reading more.”

Working with a tentative thumb’s up, Seagraves was able to quickly get the first three chapters to the editor and within a few weeks she had sold the book to Random House.

Besides being her first published book, Gone From These Woods also represents a first for Seagraves in that it’s the first story she’s written in a local context.

“This book definitely has ties to the Athens and Winterville areas,” she says. “The idea came from a tragic accident that happened in an Athens family I knew. That was a jumping-off point. I had that idea in my head for years before I started to think about turning it into a book.

“About that same time, my doctor told me I needed to get more exercise, so I started exercise walking in my neighborhood. When you’re walking, you actually see things you never noticed when traveling by car. There’s a spot in Winterville with four lakes in a row. Every once in a while I’d stop and look at all the animals there. Gradually, I realized this would be a good setting for a book. That was something I’d never done before — I got inspiration from my own backyard.”

Although she’s been writing since she was 8 years old and worked on the Thumbtack Tribune while a student at the old Athens High School, Seagraves — who studied journalism at the University of Georgia — began her professional writing career as a columnist at the Athens Observer (where her editor was novelist-in-waiting Philip Lee Williams), and wrote columns for six years for the Athens Daily News.

She also began a long freelance working relationship with Athens Magazine in 1993 and her works have also been published in the Chicago Tribune, Mature Living and the Roswell (NM) Literary Journal, among other outlets. When not writing, Seagraves runs Junebug Books, an online business selling used, rare and out-of-print books. She also finds time to serve on the Winterville City Council where she was mayor pro tem for several years and interim mayor for three and a half months.

Gone From These Woods will be marketed for middle-grade readers, although Seagraves says young adults also will enjoy it and she’s heard from older readers who also liked the story. Nearly all of her previous novels were directed to the 9 to 12-year-old set.

“My first novel was for adults and my second attempt was a romance novel. Then I started writing children’s books while working in the Winterville School library, when my children were in school there. I got hooked on Patricia MacLachlan’s Sarah, Plain and Tall and took it from there.

She says she is looking forward to Saturday’s event at the Winterville library for several reasons.

“It’s nice to do the first event in my hometown,” she says. “I like the idea that it’s here where I live and it’s connected to the setting of the book, which makes it so appropriate to go to my local library to read from Gone From These Woods.”

This article by Chris Starrs originally appeared in the Friday, July 24, 2009 edition of the Athens Banner-Herald.